Hedgehog: poems on the Chinese protests

In Fall 2022, I offered a class entitled “Students and Protest in Modern China” at NYU in New York. Most of the students in the class are PRC citizens and all but one are of Chinese ethnic descent. Despite institutional difficulties and obstacles, we were able to foster a politically safe environment for students to speak, to discuss, to agree, and to disagree about historical and contemporary matters.The class became suddenly immensely relevant in the aftermath of the Sitong Bridge Incident/Twentieth Party Congress, when a lone protester hung a banner on Sitong Bridge in Beijing opposing the re-appointment of Xi Jinping to a third term and the immense concentration of political power in his hands. Diaspora Chinese students were thrust into a large-scale poster war conducted on campuses around the United States and the world, during which the Sitong Bridge message was emulated by some and vigorously opposed by others. Some of those poster wars became very heated. Soon thereafter, local protests over the apartment fire fatalities in Urumqi and the lockdowns by Foxconn in their Zhengzhou factory swept in national consciousness with the brief but intense “white paper” urban citizen and university student protests against the “dynamic zero-covid” regimes of intrusive testing, rolling lockdowns, unpredictable quarantines, and disruptions of life in general. My students became concerned and now quite knowledgeable interpreters of the events.

As a final project, I invited students to write creative works that addressed May Fourth (1919) students from the vantage of 2022. Some made inventive big-character posters; one made a video; another wrote a playscript; many wrote letters to their past counterparts. This set of poems was submitted by one student, who wishes to remain anonymous. They speak to their generation’s clear-eyed sense of the world in crisis. With the student’s permission, we have decided to publish on positionspolitics.org/praxis.

(A Spanish translation of the poems is available here, thanks to Javier Román) 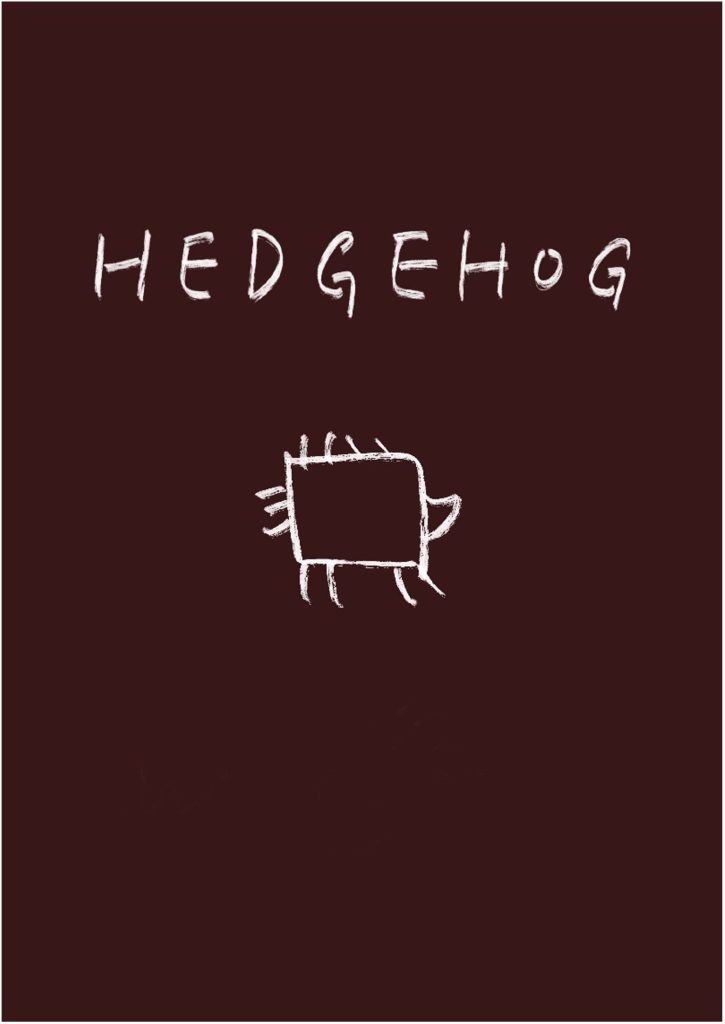 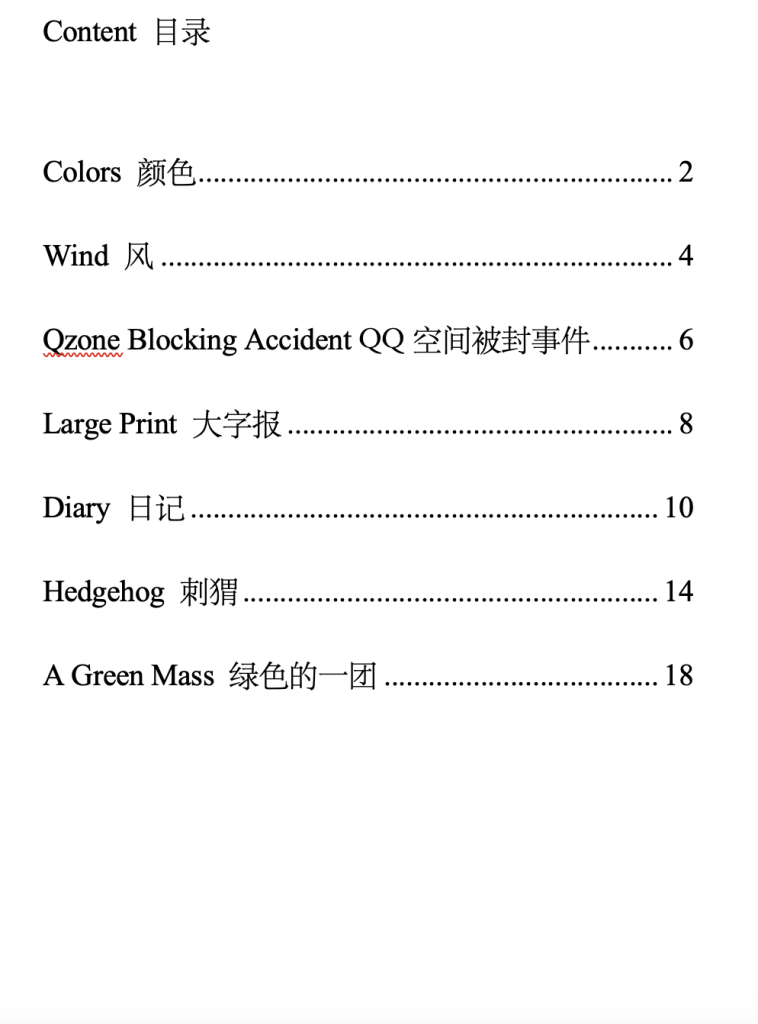 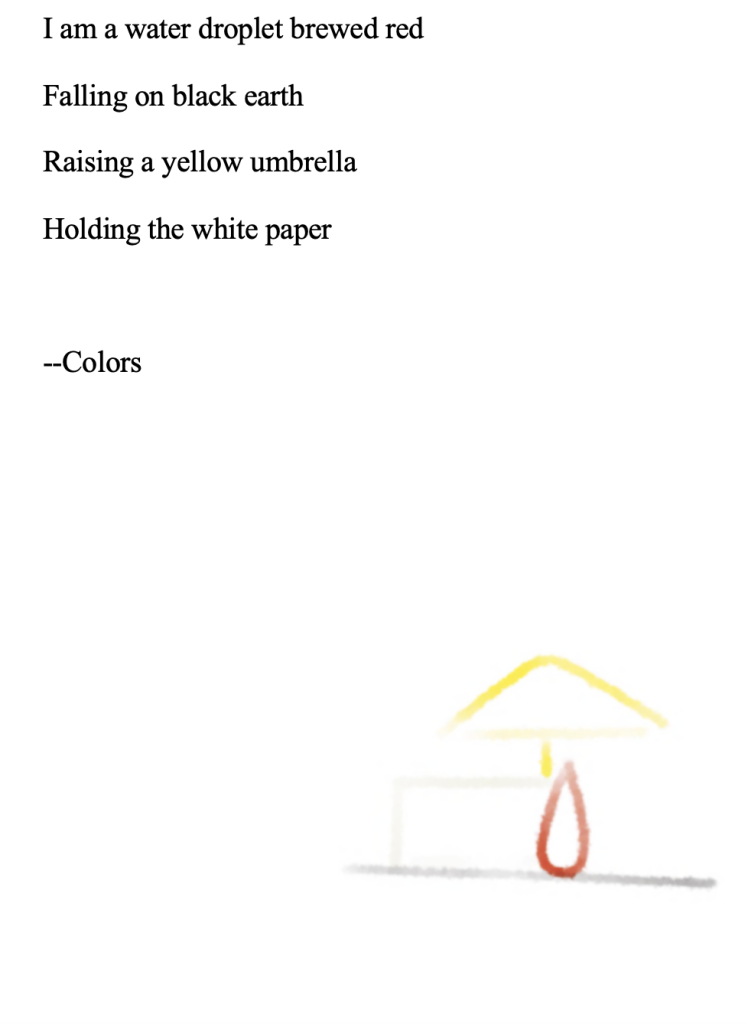 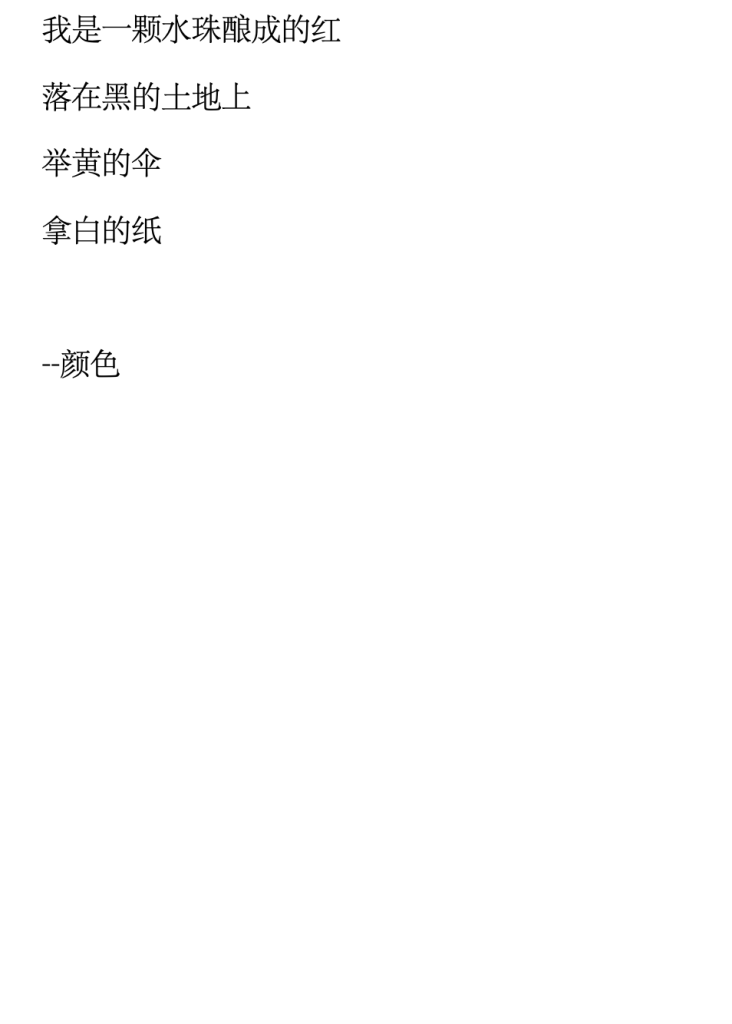 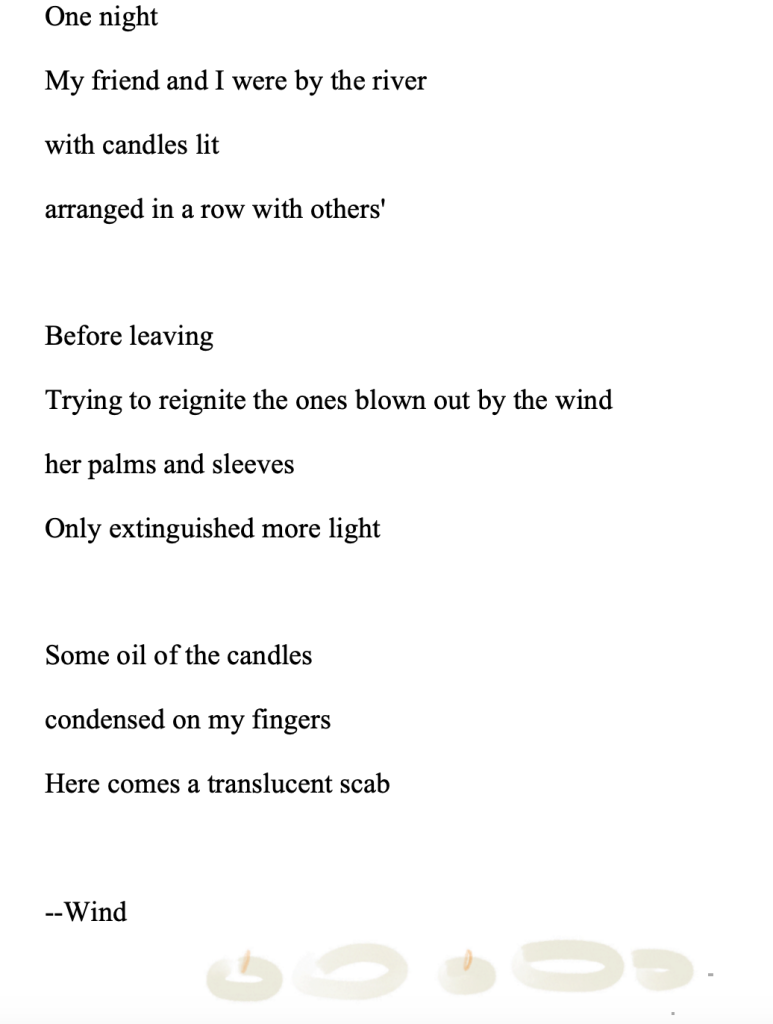 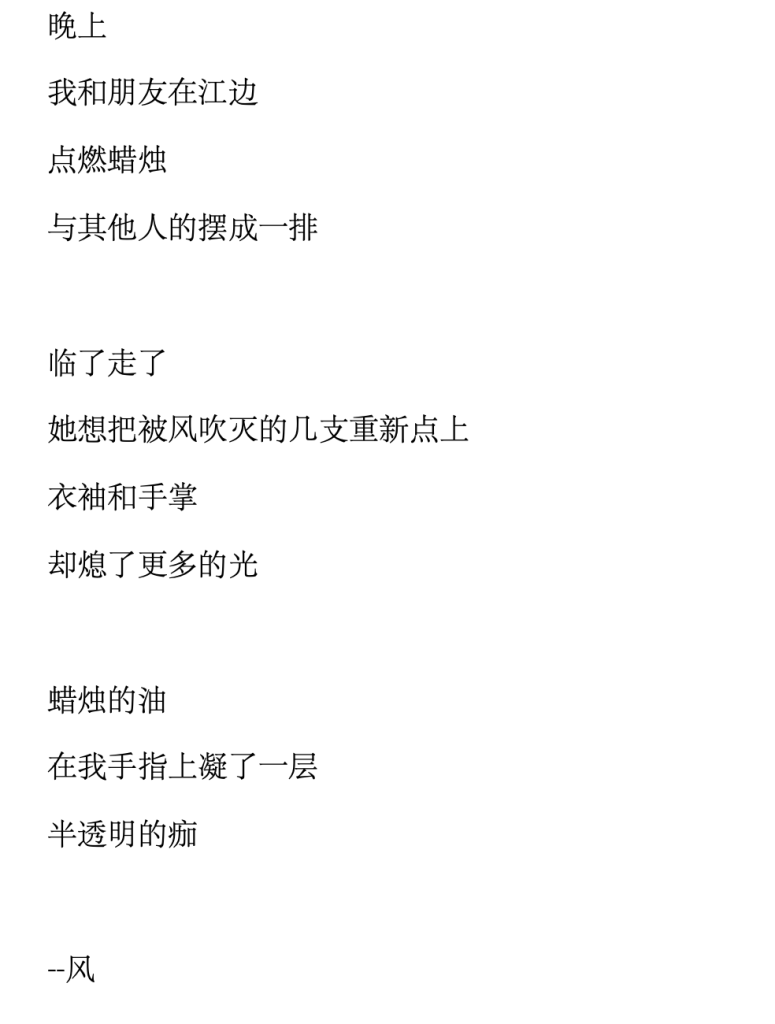 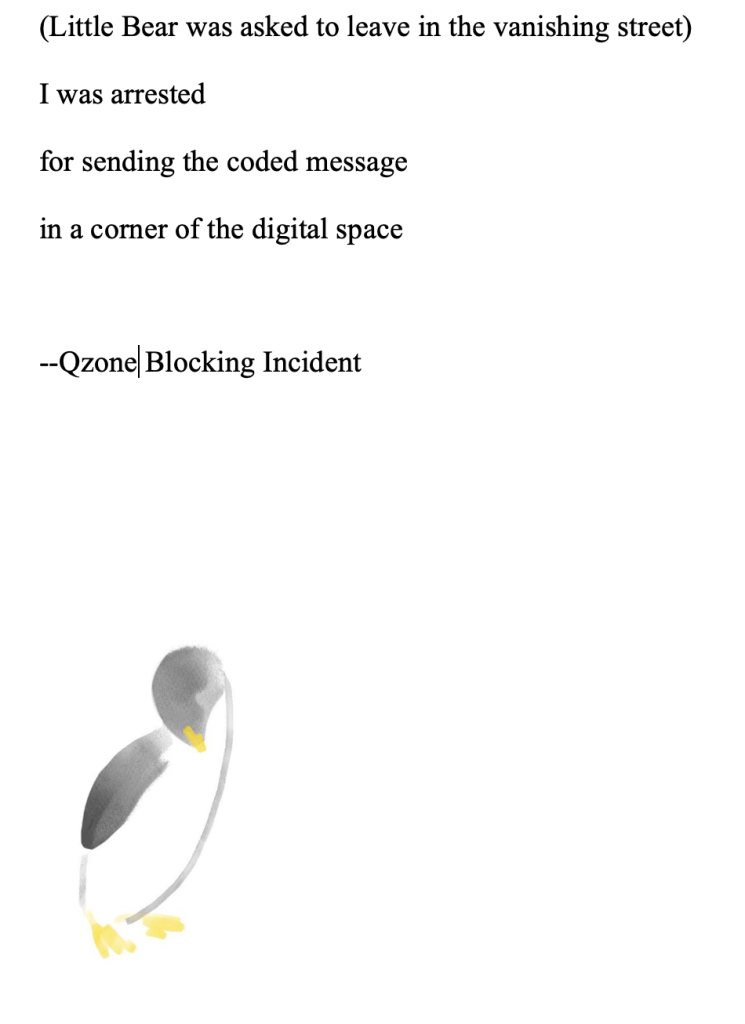 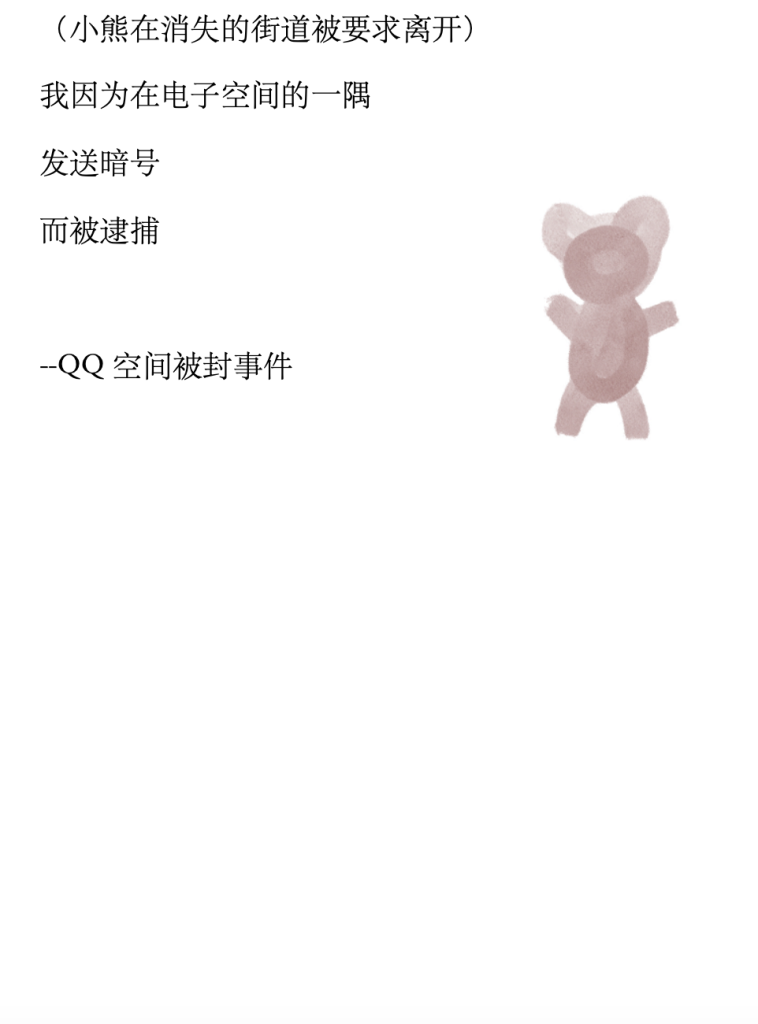 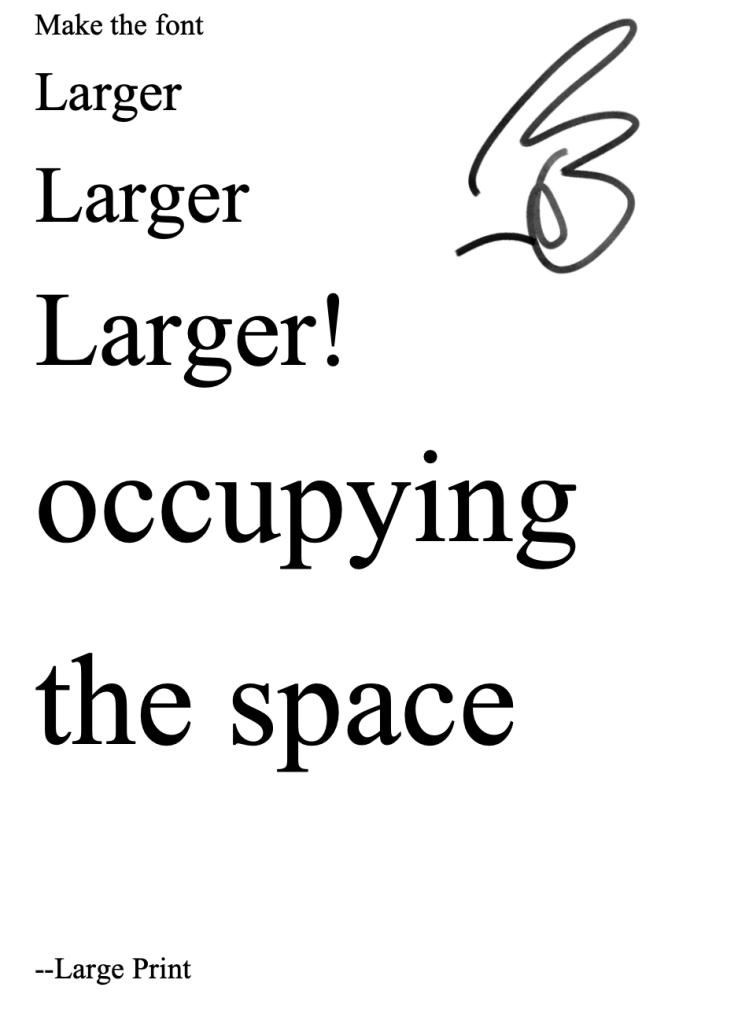 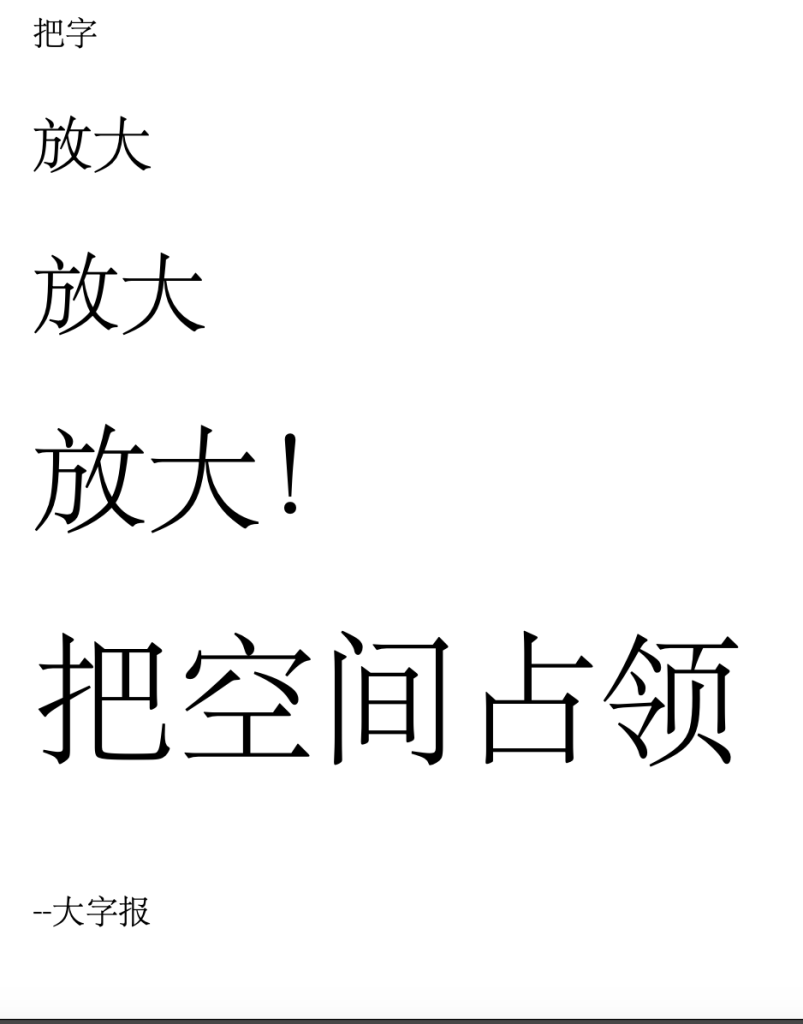 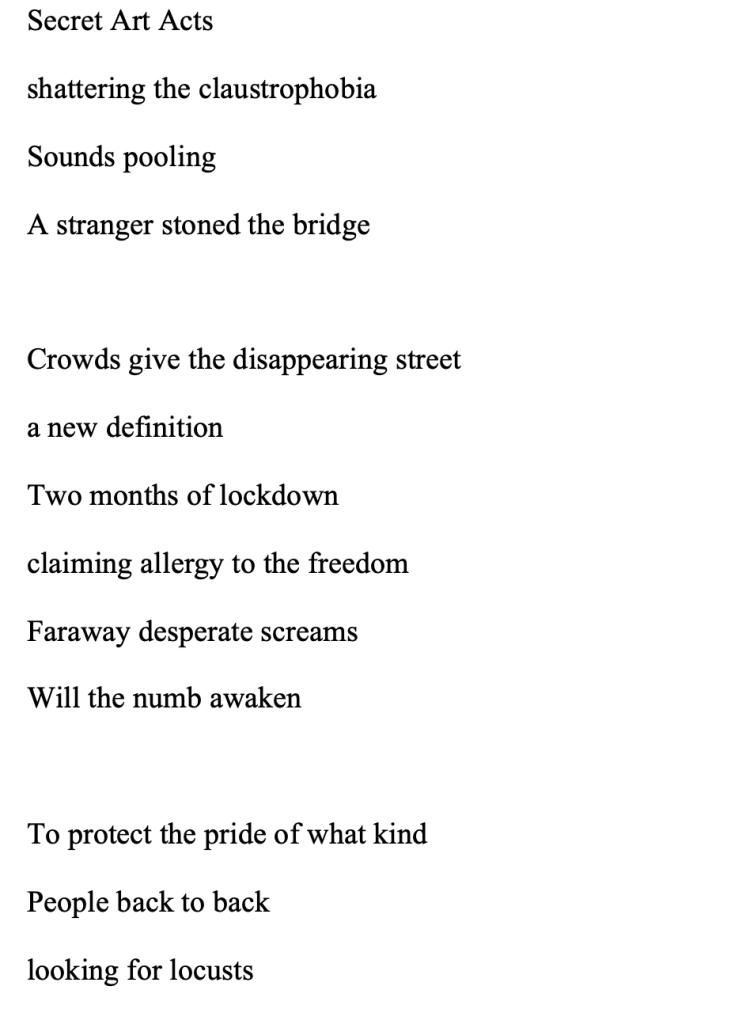 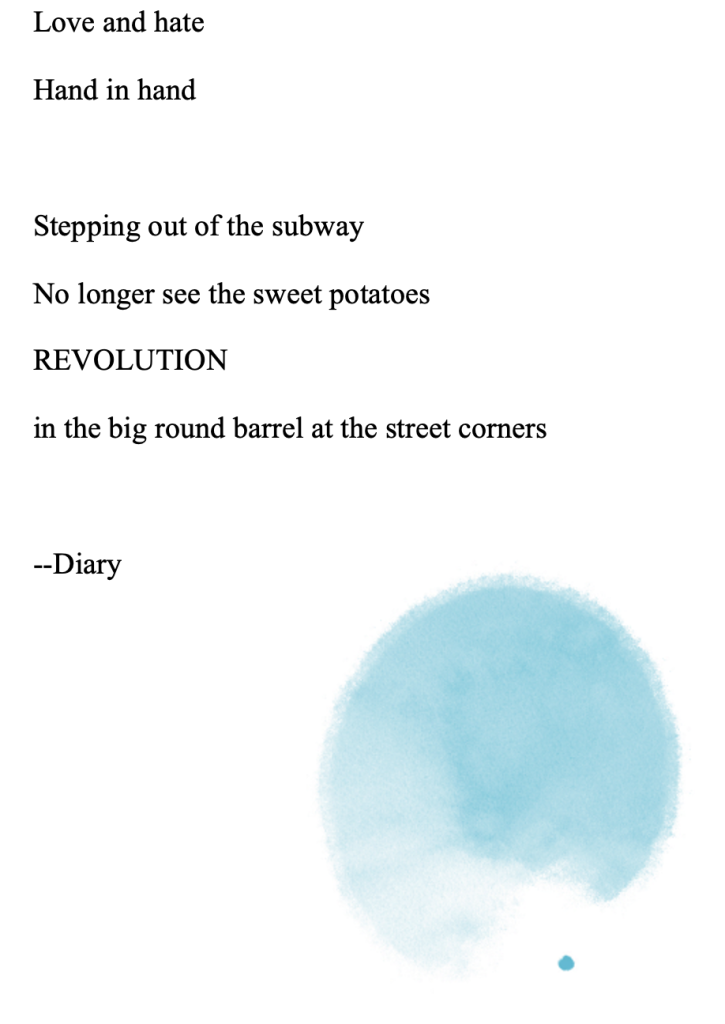 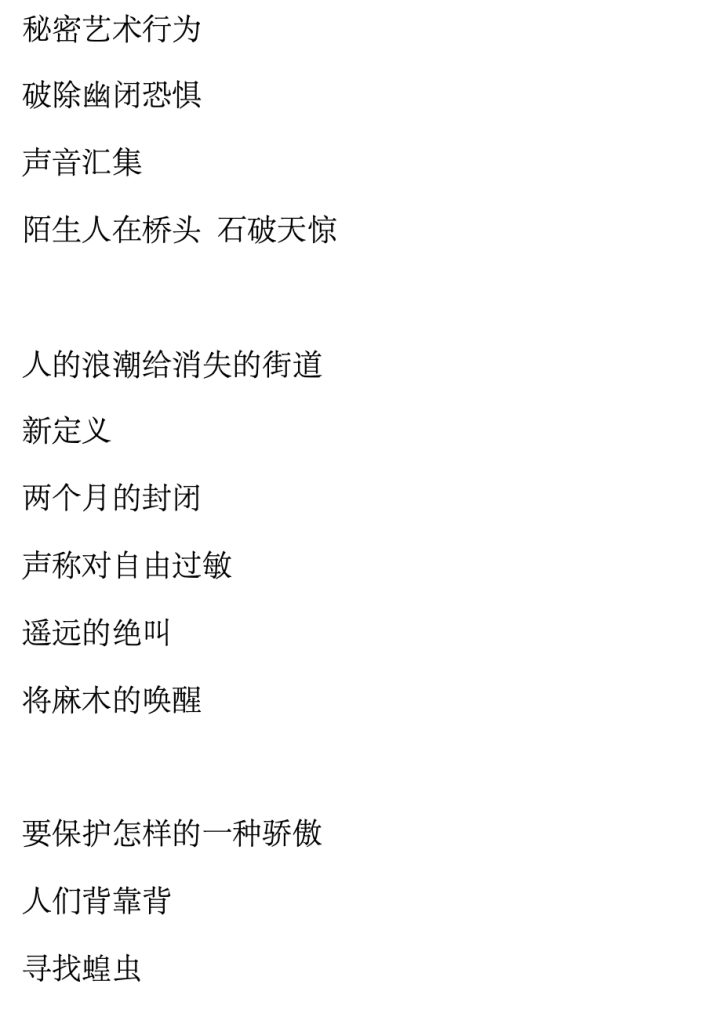 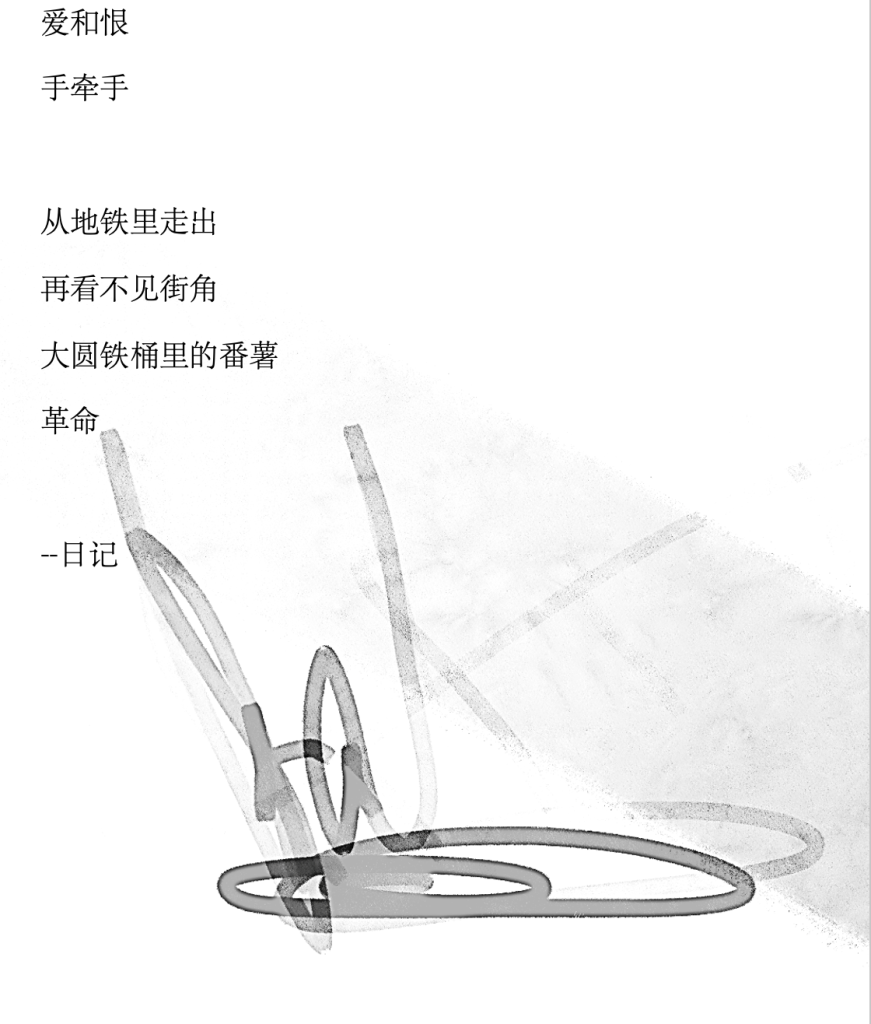 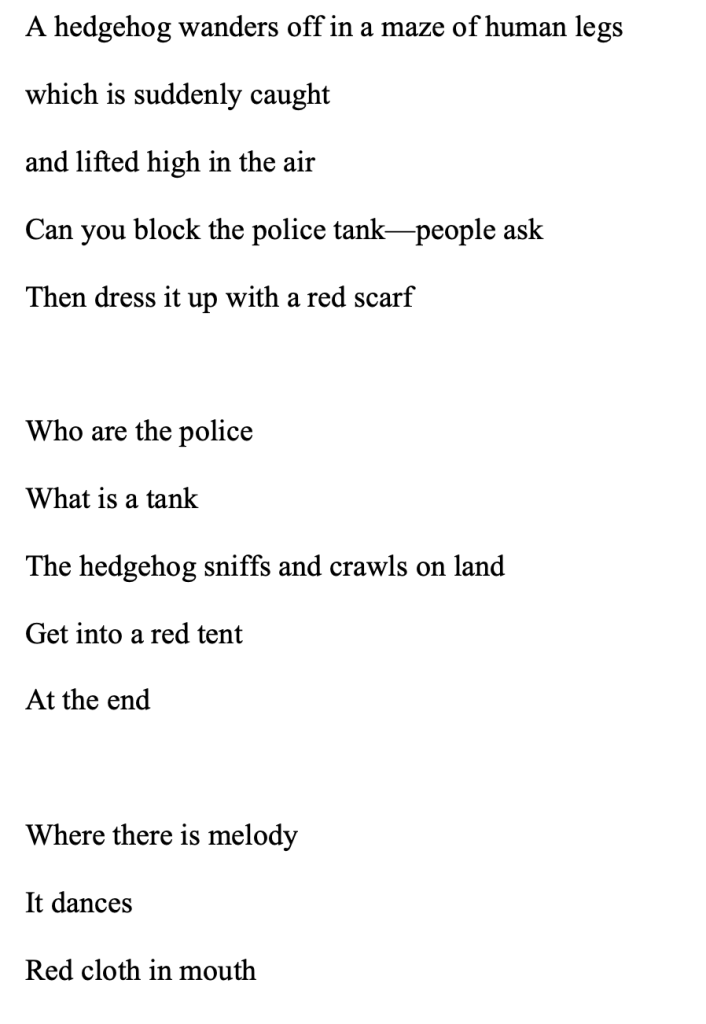 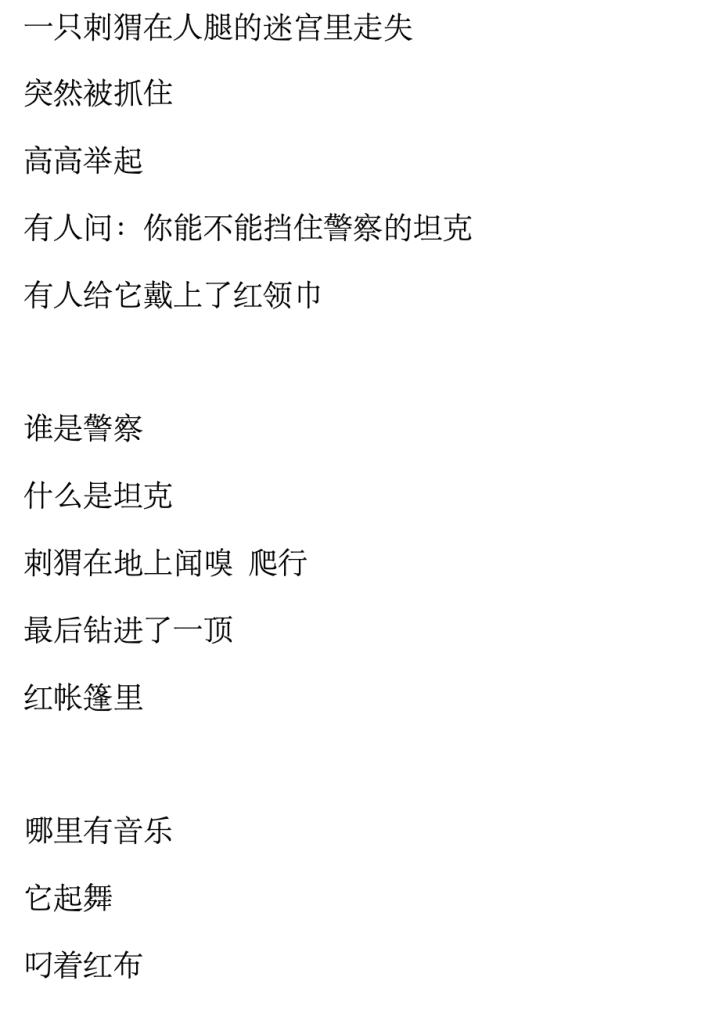