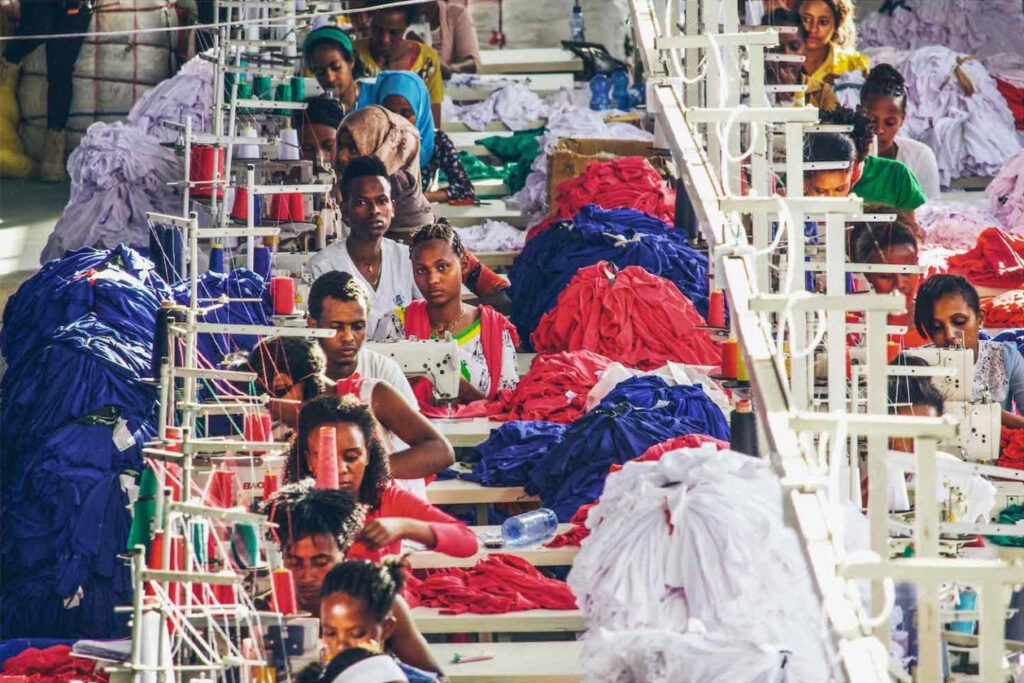 The new Cold War? That is the question.

In my opinion, “the new cold war” and its associated discourses could be an effective designation to describe contemporary global trends; however, it is not adequate to conceptually encapsulate the tremors, chaos, and instability of our new global situation.

This is first of all a question of how we understand the term “Cold War” – is it an ordinary designation or does it indicate a particular era of twentieth-century history? In the former sense, as a descriptive, the so-called “new Cold War” can be situated in or can clearly delineate the ever-intensifying confrontations and antagonisms of the contemporary world by considering the various ways in which relative strengths are balanced so that, as yet, there is no general outbreak of military conflict/hot war. Even though, undoubtedly, there are already many features and characteristics of “war” on the ground. And yet, if we were to say something like the purpose of the “new cold war” description is to emphasize the level of global confrontation, tension, and danger, then consciously or unconsciously we are expressing some form of trust-hope-prayer for “peace” as a basic global premise. Such a description maintains that today’s world remains in a mutual balance of power that contains conflict and antagonism and will not ultimately lead to the outbreak of war. This description chooses to mobilize a prefix or an adjectival form — “new” — which drags along with it a dimension of temporality and historicity. Thus, it is as if we are saying that the current antagonisms are merely a new phase of that protracted twentieth-century Cold War, now extended into the twenty-first century.

For this reason, I have had doubts and have harbored reservations about this description or naming convention. If we reject the hegemonic narrative of the twentieth-century Cold War’s victors and if we reject already-forgotten political scientists, then the “last episode” of the Cold War cannot be said to have been merely a hegemonic rivalry between the conflicting self-interests of the two superpowers, the United States and the Soviet Union.  Rather, we must acknowledge that this “war,” unprecedented in human history, divided human societies into two camps; in the twentieth century this division created a unique sense of urgency and historical consciousness that ushered in the end — or the defense – of capitalism. As such, it is not just that the US and USSR engaged frequently in a white-hot competitive arms race, but that the rest of the world in the post-War period was also suspended in the dread and balance of the Cold War. Here, the antagonisms among politics, economics, culture — and not competition in military armaments — became the dominant forms of the Cold War, when nearly the whole world was forced to pace nervously on the road to one of the two systems, to hesitate at the intersection of the two.

In hindsight, it is of course not difficult to see that in the era of the twentieth-century Cold War the hegemonic position of the United States that was affirmed internally in the Western camp, and, in the Eastern camp, the global division of labor and self-interest of the Soviet Union along with the pursuit of modernization in accordance with China’s socialist plans together constituted the ambiguous parameters of an end game. It is also not difficult to perceive, within the more recent context of the rethinking of modernity, that the relations between Marxism and international Communism exhibited internal problems. And yet, such observations cannot change the fact that the Cold War was a definite and distinctive era. It was the only time in the several centuries of modern human history when human societies chose to experiment with a non-capitalist alternative. This is in no way analogous to those revisionist historians who condemn all of this as an “illusory past.”

By contrast, the global situation in which we find ourselves now is pushing towards a dangerously developing internal crisis of globalized capitalism. This situation is characterized by the renewed eruption in novel manifestations of long-standing problems internal to global capital, whose scope has never before been so encompassing. If the landscape of this crisis is dominated by the confrontation between the US and China, then neither China nor the US can mobilize on its own (or can no longer do so) any globally consolidated strength or possibility; nor can either proffer any choice of path outside of global capitalism or any plan to resolve it. Socialism or capitalism, authoritarianism or democracy: these continue to be the discursive usages of our global political leaders, and yet these concepts have no way to designate or to call into being any corresponding construction of reality.

At the turn of the [twenty-first] century, there emerged a “civilizational discourse” or, let’s say, a “theory of civilizational clash.” But this was never adequate to invest the new cold war/ the US-China confrontation with any effective significance. If at the beginning of the twenty-first century, the rise of China presented the world with a new reality, then what was being exhibited was undoubtedly the situating of China at the frontiers of an exuberant new lease on life for capitalism and an “advantage of backwardness,” not some unique or mystical power gifted to the world from an alternative (non-Christian) civilization. Needless to say, compared to Euro-America, the “Chinese path” (or, the path of the rise of China) no doubt acts as a method and essential element of “difference.” When this method came to be connected to the historical analyses and thinking of China’s “new left,” then “China’s path” became primarily China’s revolutionary path.

Yet, it is not without irony that it was precisely the intellectual labors of the new left that clearly corroborated the fact that the success of the Chinese socialist revolution was precisely the winding modernizationist path taken by the Chinese nation-state; that is, it was precisely the socialist path that allowed China to emerge [in the 1980s] autonomous from the “forest of global peoples” and to attain the appropriate sovereign status to enter the global capitalist system. “The rise of China” is the product and “red victory” of the Chinese socialist revolution. Add to this the origins of China’s modern history: the May Fourth/New Culture Movement achieved the profound internal exiling of traditional culture with a determination and intensity rarely seen in the history of civilizations. The values of  a “fundamental break” and the tendency to “stress the present not the past” that revolutionary culture created or promoted made it then quite impossible for people to see how those elements of “Confucian capitalism” that had been identified in the economic miracle of  the “four Asian Dragons” were operating in the conditions and structure of China’s rise. Nevertheless, in China’s state discourse “the self-consciousness of Chinese culture” that enables the “great renaissance of the Chinese national people” remains even now the ruling banner and slogan. For this reason, for me, no matter what kind of strong or even merely helpful rhetorical work the US-China conflict accomplishes, none of it is adequate to open a horizon upon or constitute any kind of globally significant “new cold war.”

If we say that the designation “new cold war” is just rhetorical, that it foregrounds the turmoil and catastrophes of our contemporary world, including its various and multiple intensifications of conflict and of explosive crises, then it perhaps can still be regarded as a sort of late-arriving warning. For me, the most salient characteristic of the difficulty of the contemporary world lies in the co-existence and collision of what is “shared” and “disintegrated,” connected and separated, globalized and unilateral. On one side, the system of globalized financial capital, of the internet superhighway, and particularly of the internet of things (IOT) form an extremely intimately connected global structure. On the other side (or simultaneously), there are the self-interested disputes and contentions between nation states over resources, supremacy, and spheres of influence. On the one side, we have capital, ideology, labor power, and global migrations that create globalized facts and material conditions; on the other side, we see the ever-speedier gulf created between rich and poor, the middle-class thaw and fall that creates the conditions for nationalism, as well as religious fundamentalisms and right-wing populisms that, like pestilences, explode and infest every place. At the same time as there is the setting aflame of densely racist nationalist politics and cultural experimentations that trigger various international oppositions and conflicts, there is also in the global sphere, particularly within developed countries and regions, internal violence within the nations, along with large-scale disturbances and severe communal divisions. If revolutions in digitality and biology have delivered to capitalist culture an unprecedented level of new technological revolution through which humans have been organized into unprecedented webs of intimacy, then at the same time, they have produced with historically unparalleled speed and efficiency a massive systemic abandonment of large portions of global human life. (To be sure, this is not analogous to the old concept of labor power surplus, but rather this abandonment disappears existence – it invisibilizes those considered insignificant and thus not-human).  Just as the entire world is unceasingly being incorporated into this global system; just as capital, production, labor, resources, and material flows are being intimately connected to one another; just as the global expansion of capitalism acts as the coordinator and organizer of ideological practices; and yet, at the same time as the “universal values” of capitalism and modernity now cover the globe, they also destabilize and fracture existing systems with great abandon, while also disintegrating and collapsing upon themselves.

If the rise of China has not been able to offer the world any alternative scripts, ideas, or cultural resources, nevertheless, in comparison to Euro-America, it still has some sort of mainstream political and economic logic. The “puzzle” of the rise of China undoubtedly powerfully assists the process of the disintegrative spread of universal values. In a world system that is daily becoming more intimately connected, there is no longer the possibility to sustain common values (common dreams or shared utopias). For me, this is yet another recessed site of our contemporary global crisis. The pandemic that exploded in 2020 is still raging contagiously across the globe, wreaking wanton havoc and spawning new disease variants, almost like a ruthlessly brutal drama script that etches the contours of and openly exhibits the fantastic uncanniness of our global moment. With the wanton global destruction of the virus and at the same time as it supposedly flattens differences in its assault on human society, the fortifying of national territorial borders has become a sacred task. The wanton destruction of the virus has spread into new regions and mutated into new variations, its method of propagation indicates the distinct and absurd ways in which it already has formulated and stratified the pathways of its own global circulation. When the new coronavirus turned around and defined “the common fate of humanity,” the response of “human society” was the huge heightening of regional conflict and international disputes. We have just experienced a global event, and yet it is clear that the “new Cold War” designation cannot encompass it. The designation even conceals it.

In some sense, we have already entered a new modern historical – or even a new human civilizational – era. We have no precedents to call upon, and no historical comparatives near to hand. In face of the Hamlet question of whether “to be or not to be,” creative thinking and practices are now more urgently necessary than ever.

Dai Jinhua戴锦华 is Professor in the Institute of Comparative Literature and Culture, Peking University. She is a critic and researcher in the fields of Chinese culture, popular mass culture, film studies, and gender studies. 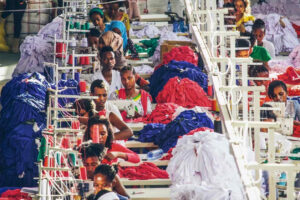 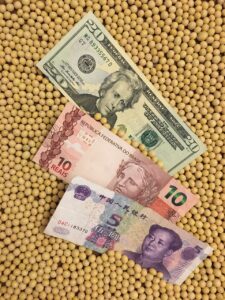 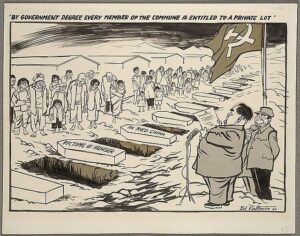 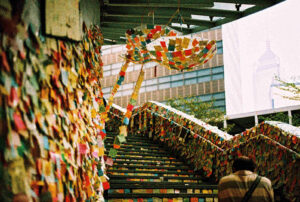 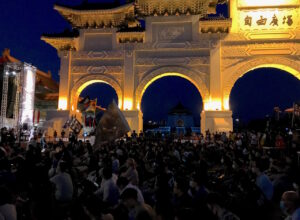