A Brief Look at Indigenous Taiwan’s Fight against COVID-19 in Global and Comparative Perspective.1

As COVID-19 continues to ravage vulnerable populations such as the elderly, racialized communities, or working-class peoples unable to practice social distancing, one group seldom discussed in mainstream reporting who are particularly at risk, and also have an extensive history of dealing with epidemics, are Indigenous nations. From the sixteenth century onwards, native populations in the Americas faced deadly waves of highly infectious diseases like influenza, measles, and smallpox due to contact with colonizers.2 Though a catalyst for mass death and depopulation, violence also played a determining role. As disease wiped out Indigenous resistance capabilities and support structures, policies of mass killing, forced labor, displacement and cultural assimilation quickly followed suit. Arriving right on the heels of these deadly contagions, conquerors dispossessed Indigenes under the false pretense that the lands they were standing on had been “untouched” or sparsely populated, and therefore simply theirs to take.3

Fast forward centuries later, settler states who have set up shop on native soil now threaten Indigenous lives with a new disease, though this time immunity is absent on both sides. Like its early modern counterpart, COVID-19 was born of global capitalist flows. The journal Chuang describes how diseases like COVID-19 originate from the heightened exploitation and commodification of wildlife. Globalized capitalism has led to the expansion of resource industries and big agribusiness in remote hinterlands. This has caused displacement of forest-dwelling locals or forced the rural poor to turn to the hunting of exotic animals. Deforestation and ecological devastation resulting from the primitive accumulation of capital in these borderlands likely brought us into greater proximity with animals which carry these diseases. Racist accounts of “wet markets” or Chinese manipulation of the virus serve to obscure a far more complex and overdetermined history of capitalism and the state’s penetration of resource-rich peripheries. 4

Though COVID-19 has not decimated Indigenous populations to the degree that previous deadly epidemics have, there is no denying the significant vulnerabilities and risks of widespread infection that Indigenous communities face globally. Large discrepancies exist between Indigenous and non-Indigenous populations when it comes to life expectancy, susceptibility to disease, access to public health infrastructure, as well as the material or monetary resources needed to practice social distancing. COVID-19’s particularly lethal effects on older populations also poses an additional threat to Indigenous peoples. Many native groups possess oral cultures where elders pass down stories and sacred knowledge. The loss of these individuals would be catastrophic given it would wipe out important repositories of memory, history, and identity.

Current trends relating to COVID-19 among Indigenous peoples are disturbing. Take the U.S state of New Mexico for example, home to various Indian Pueblos and the Navajo Nation. As of April 7th, 31% of those infected with COVID-19 in the state were American Indian. At the time, the New Mexican pueblos of Zia and San Felipe had some of the highest infection rates in the country: 31 out of a population of 900 in the case of Zia, and 52 out of 2,200 in San Felipe. Compared to New York City’s infection rate earlier this month (2.33 percent), the respective numbers for Zia and San Felipe were 3.4 and 2.36 percent. In other contexts, Indigenous peoples are finding themselves having to not only worry about coronavirus, but also renewed violence from settlers and extractive industries. For example, Indigenous peoples in Brazil’s Amazon have chosen to isolate themselves amidst far-right president Jair Bolsonaro’s on-going attempts to dismantle key protections for critical rainforests. Recently, these measures have encouraged loggers, miners, and ranchers to engage in illegal incursions and forest burnings, thereby putting Indigenous Brazilians further at risk of coming into contact with the virus. Recently, the Yanomami people recorded their first COVID-19 death – an ominous sign that the disease is beginning to spread among Brazil’s first peoples.

Another Indigenous nation potentially in the crosshairs of this global pandemic are Taiwan’s Indigenous peoples, who today make up two percent of the island’s population and represent 16 officially recognized groups. 5 They share many of the underlying vulnerabilities exhibited by other native populations when it comes to coronavirus. According to a 2011 figure, the life expectancy of Aborigines is 8.6% lower compared to the non-Indigenous population. Additionally, the presence of chronic illnesses among these communities would add further mortality risks.6 The remote location of many Indigenous townships also limits access to public health and transport infrastructure. This would surely make the combating of any outbreak a logistically complex task for authorities. As is the case with Indigenous groups elsewhere, COVID-19 threatens the oral cultures of Taiwan Aborigines, who rely on elders for the transmission of ancestral knowledge of history, ceremonies, and other key elements vital for social reproduction. However, Indigenous Taiwan has fortunately been spared of this potential catastrophe thanks to both the Central Epidemic Command Center (CECC)’s robust prevention efforts and their own initiatives. Taiwan has been praised by governments and international observers for its handling of the COVID-19 pandemic. Taiwan has defied the odds by avoiding major economic or social disruptions all while being located near the site of the original outbreak, as well as being shut out from the World Health Organization. The country’s successful fight against the virus was due largely to the swift epidemic prevention measures implemented by CECC, which was activated as early as January 20th. Measures implemented include rigorous forms of testing, contact tracing, temperature checks, universal masking (as well as rationing of these), as well as mandatory 14-day quarantines for those returning from abroad. With no new local cases reported for the last few days, Taiwan currently has 440 positive cases and 6 deaths as of May 8th. The majority of these are imported.

Indigenous peoples in Taiwan have found several resourceful ways to combat the virus. Education and social media have proved to be vital weapons in epidemic prevention. The Department of Disease Control (Ministry of Health and Welfare) for example have put out PSA videos in Indigenous languages which urge people to wear masks, practice social distancing, proper handwashing, avoid crowded places, and call the government hotline should they feel unwell.

One Facebook blog dedicated to linguistic preservation has even translated different epidemic prevention slogans (“wear a mask,” “wash your hands often,” etc.) into the Atayal and Bunun languages and superimposed them onto creative graphics. The Council of Indigenous Peoples also routinely puts out similar materials on its websites, often using anthropomorphic mascots of animals who hold special significance among Indigenous nations (owls, flying squirrels, etc.).

In addition to sensitizing the wider public of the measures needed to keep the virus at bay, some communities have taken additional precautions by setting up inspection checkpoint to monitor the temperatures of those coming into their townships. These inspection checkpoints serve as an additional layer of security, especially given the frequent tourist traffic in these areas.

Recently, I had the opportunity to interview Wang Ming-Huey (Tibusungu e’ Vayayana), an associate professor of geography at the National Taiwan Normal University, the Deputy Minister of the Council of Indigenous Peoples, and also member of the Tsou Nation, about his thoughts on the Indigenous response to COVID-19 in Taiwan. Upon beginning our interview, Wang immediately invoked the relationship between epidemics and native genocide in the Americas, highlighting how Indigenous peoples have historically suffered disproportionately from the introduction of new infectious diseases.7 Taiwan’s Indigenous peoples are no strangers to this, he stressed, as he recounted some of the Tsou nation’s very own experiences with communicable diseases brought by colonizers. One of the more high-profile instances of Indigenous Taiwan’s bouts with deadly diseases involves the story of Wu Feng, a Han Chinese interpreter who was killed by the Alishan Tsou in a headhunting expedition. Wu had served as an interpreter for the Qing state to help broker trade and political relations with the Tsou. Under the Qing, Japanese, and postwar Guomindang regimes, Wu was martyrized for his exploits, labelled a “civilizing” influence who compelled the Tsou to abandon head taking through his sacrifice. Tsou accounts of this episode tell a different tale, as Wang told me. According to traditional accounts, Wu’s spirit is said to have returned to haunt the Alishan Tsou, bringing death and disease to the community. Wang described how Indigenous cosmologies often treat epidemics as the product of malevolent spirits. In the past, head-taking was one practice thought to protect communities from disease. Beyond the spiritual and ritual dimensions of how Indigenous peoples dealt with deadly outbreaks, Wang described how the Tsou often fled from affected areas and relocated to safer territory when threatened by diseases. With their reliance on hunting and rotational agriculture, Taiwan Aborigines were highly evasive and mobile – a fact that allowed them to keep lowland invaders at bay until the opening decade of the twentieth century. Though Indigenous populations no longer have the option to flee settler society, the lessons of past encounters with decimating plagues, combined with the current national, local, and digital infrastructure serving to help combat the spread of the virus, are the best resources Indigenous peoples currently have at their disposal.

While governments have showed varying degrees of effectiveness at “flattening the curve,” the precarity of Indigenous lives will remain a constant throughout this crisis. As the last few centuries have demonstrated, Indigenous peoples cannot rely on protection from the nation-state. They can however take charge of preventative efforts within their own terms by drawing from their existing approaches, as well as make use of the resources made available to them by settler societies (as the Taiwan case attests). With coronavirus ravaging populations across the globe and shuttering economies, we should take a minute to reflect on not only on the globalized system of capitalism which put us in this predicament, but also on the people whose lands and resources that very system occupies and plunders for its ongoing reproduction. We also should not forget that Indigenous peoples have much to say, as well as offer, when it comes to confronting this deadly pandemic. Here, it may be wise to end with the advice of scholar-organizer Sutej Hugu, of the Tao people, who offered the following advice for dealing with COVID-19 and our current moment: “Let us keep seeking, and striving for how Indigenous local ecological living knowledge, tribal land ethics and governance could contribute to the transformation of planetary governance and sustainable livelihoods before being wiped out by a dominant world system that is itself seriously in crisis.”8 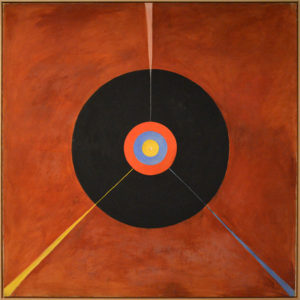 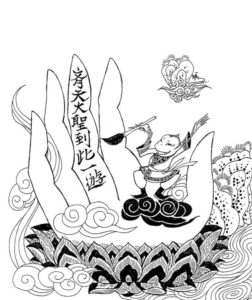 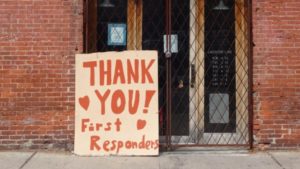