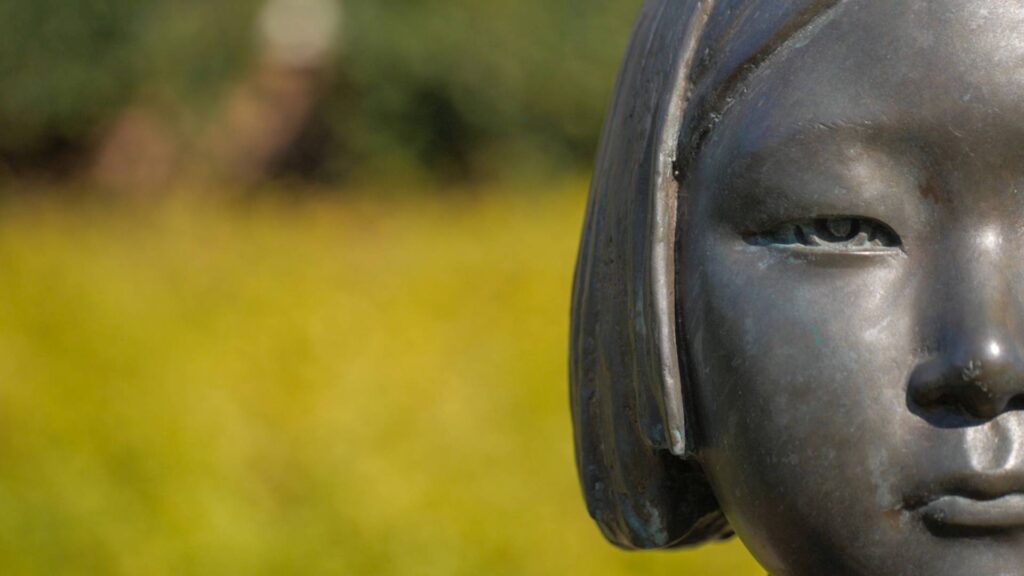 Shusenjo and the Humanity of History

The recent reignition of the debate surrounding the “comfort women” system created by the Japanese military during the Asia Pacific War has passed from the academic to the public sphere, with the publication of articles in major newspapers such as the New York Times and the New Yorker. The publication of “Contracting for Sex in the Pacific War” in a peer-reviewed journal seems to imply that the claims made in the article are historically factual, all while disregarding the lived experience of former “comfort women.” In order for students and other non-experts to better understand the truth behind the “comfort women” issue, there must be a balance between historical analysis and human perspectives. Shusenjo (2018), directed by Miki Dezaki, is a documentary which balances both a historical and human perspective when covering the “comfort women” issue. As Japanese American, the director was able to gain access to both Japanese, Korean, and other perspectives on the issue and bring them all together in a cohesive documentary film.

The film begins with a neutral description of the entire conflict in white text on a black screen, mentioning that in December of 2015, “the governments of Japan and Korea came to an agreement that resolved the issue, in their words, ‘finally and irreversibly.’” However, the black-and-white text cuts to an emotional clip of former “comfort woman” Li Yong-soo berating the Korean minister from the Ministry of Foreign Affairs for settling the issue without discussing the terms with the former “comfort women.” Listening to her emotional reaction, to the sheer pain and anguish in her voice, jolts the audience out of their assumption that the issue could be resolved with a simple agreement between the two governments. The scene emphasizes that such a painful history, the survivors of which are still alive today, cannot simply be resolved with an agreement. It is important that Dezaki begins his film with words from a former “comfort woman,” to further highlight that the “comfort women” system was not some relic of ancient history, and that victims of the wartime atrocities committed by the Japanese are still alive and in pain.

The majority of the film takes the form of a debate between historical revisionists and the cast of academics and journalists presented as experts on the issue. Each section is organized around a certain talking point, such as semantics or the number of “comfort women” within the system. Within each section, the film regularly cuts between interviews, showcasing the points and counterpoints made by revisionists and experts in opposition to each other. The structure of this is crucial to the film’s successful framing of the issue.

In reality, none of the historical revisionists in the film would agree to debate an academic or journalist solely on the basis of historical claims. The interview format gives both revisionists and experts the opportunity to simply state and defend their claims without having to deal with the pressures of debate. The juxtaposition of clips from those interviews provides a debate free of ad hominems and deviations from the subject matter, presenting both points of view for the audience to judge. This framing makes it clear that while the simplicity of the historical revisionist argument can be tempting, its framing, usage of evidence, and level of analysis are too flawed to be considered valid. Dezaki addresses many of these flaws, including the Japanese right-wing nationalism underlying many of the arguments, the lack of real understanding of terms such as “slavery,” and erasure of properly researched historical arguments.

However, the most emphasized revisionist flaw in Shusenjo is the lack of understanding of humanity. The juxtaposition of revisionist viewpoints with expert analysis of the issue and the raw testimony of “comfort women” reveals the callous nature of the revisionists’ so-called analysis. In their urge to protect their own feelings as Japanese people, they do everything in their power to discredit the “comfort women” system, including demeaning the testimony and lived experiences of former “comfort women.” They feel personally threatened by the descriptions of Japanese wartime atrocities, and resort to methods of disproving those testimonies which completely disregard the human component of the situation. When revisionists poke holes in the testimonies of former “comfort women,” they overlook the fact that these women are older, and were forced out of shame to remain silent about their experience for decades. They disregard the fact that the allegedly transactional or contractual relationship between “comfort women” and the military does not change the fact that “comfort women” were sexual slaves by the definition of international law.

Though Professor Ramseyer may not be a Japanese right-wing nationalist, this ignorance of the human element in the “comfort women” issue is prevalent in his work, “Contracting for Sex in the Pacific War.” Much like the historical revisionists, the primary sources within his article are only superficially analyzed. The most crucial sources which his paper relies on, the wartime contracts between the Japanese military and Korean “comfort women,” their families, or recruiters, are absent from his references. Instead of solid historical analysis of primary sources, Ramseyer’s article utilizes game theory and contractual analysis to justify atrocities and discredit proven history and the experience of thousands of former “comfort women.”

Economic theory is appealing in its objectivity, and it is true that in some cases, abstracting from a specific human context can be helpful in understanding general human behavior. However, Ramseyer is not making a claim about economics or contracts. He is making a claim about a specific historical event whose survivors are still living. Much like the historical revisionists interviewed in Shusenjo are alienated from the historical context in which former “comfort women” gave their testimony, Ramseyer is alienated from the history of the very system he claims to analyze.

Therefore, Shusenjo plays an important role in the debate surrounding the “comfort women” issue. By placing revisionist arguments next to the arguments of lawyers, historians, and scholars, the film reveals how flimsy and callous the revisionist point of view can be. The structure of the film helps the audience realize the value of expert analysis, especially in fields such as history, where personal experience and political designs often collide. The film ends with one of these personal experiences, the jarring first testimony of the “comfort women” system given by Kim Hak-sun. It is a final reminder that no matter how many times revisionists claim to be objective in their alleged historical analysis, we cannot ignore the fact that former “comfort women” have bravely broken their silence to provide testimony of Japanese atrocities committed against women during the Second World War. We, as students of history, must not erase their lived experiences.

Interview with Miki Dezaki on Shusenjo: The Main Battleground of the Comfort Women Issue